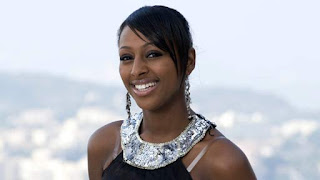 So the live shows start next week and the final 12 has been announced. Time for some X factor ruminations.

Firstly. Here's something i would like to change. Instead of those who make it to the judges houses being sent home, how about if there was an extra live show where each of the 12 not to be picked by the judges gets 1 chance to sing live, the winner of the popular vote gets a people's wildcard entry into the final 12 and then you have a double eviction the week after.

Anyway, that's never going to happen, so lets stay in the real world. Most of the final 12 was predictable. Felt a bit sorry for Hannah who is clearly a great singer although a little scary. Which is probably why she wasn't picked. Was commenting to alex that this year there seemed to be a lot less camp-ery going on, until JLS did that silly foot move on the 'we're in the finals' close up. (At which point it might be interesting to note that Eton Road are still going, although Anthony the high pitched one has gone solo and so has his replacement and Same Difference World is here)

So it all seems like it might be a bit less panto this year. Although we're already sick of the crying.

Time for some predictions.

Daniel Evans - The one who looks scarily like Ricky Gervais. Good backstory but dull voice.
Scott Bruton - Odds on to get caught in the karioke trap trying to make an impression with a song that's too big for him.
Girlband - Often a group goes early. JLS are more talented, Bad Lashes have a better name and probably a bit more personality.
Muddled Middle...
Eoghan Quigg - Will get votes for being cute, but is too young.
Laura White - Her X factor is that she is very 'now' in a Duffy/winehouse/adele sort of way. Has talent but might not connect with public.
Bad Lashes - Glad they beat Desire. May well fall for the same trap Hope did last year of trying to be too sexy too soon. Two things they (and girlband) need to remember. 1) Mums and daughters votes win x-factor not nuts readers. 2) On a similar theme, you have to be both sugar and babe, both spice and girl, both banana and rama, if you really want to be a successful girl group.
JLS - Guaranteed to get picked a rubbish song by Louis at some point in the competition.
Top Five...
Rachel Hylton - Who will either blow it or make the final. But has the talent to make the final.
Ruth Lorenzo - Who was stunning in both bootcamp and judge's houses auditions, but needs to be careful not to overplay the spanish card.
Diana Vickers - Who we like and will probably vote for.
Austin Drage - Because Simon Cowell says so.
And the winner will be...
Alexandra Burke - Couple of reasons for this. Firstly, the tone of what they seem to be looking for is female and soul this year. All through the auditions, that's what's really been doing it. Secondly, when it comes to the final few weeks, you need to crack open the big songs, and she's got a voice that can handle big songs. Thirdly, she's probably more consistent and at least as determined as the others in the top 5. Fourthly, the editors of the X Factor seem to think she's the favourite. Last person to perform and last person to be put through on the Judges Houses programme = First person you remember.
So, we'll see how desperately wrong these predictions are. We didn't get Leon at all last year, so what do we know?
So, although we'll probably vote for Diana, I think Alexandra can probably beat anyone in a straight out sing off.
Posted by the travers family at 10:59 pm