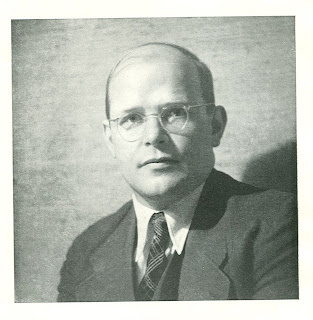 Recently at work, i have added a 'heroes wall' to my workspace, a bunch of 9 pictures of people who inspire me or mean something to me. I'd like to share a bit about them on the blog.

The man here is Dietrich Bonhoeffer, the man we named Rocky's middle name after. The reason he is so important to us is that he was so very clever and yet in the end, it was his heart that defined him, not his head.

Arguably one of the greatest theologians of the 20th century, we haven't actually read much of his work. What we have read are the letters that he sent to his fiancee from a German prison, in the excellent book Love letters from cell 49. Dietrich was put in prison for his part in a plot to try and assasinate Hitler. While most of the German church was equivocal at best about the Nazis, partly because of Martin Luther's unfortunate outbursts about Jews in the 16th Century, partly because of they got schmoozed, Bonhoeffer recognised what Hitler was and chose to put himself in harms way to try and stop him. Eventually, this cost him his life as he was executed.

Posted by the travers family at 4:26 pm